Story for an empty theatre

"This film narrates an intense story of love, disease and death, inspired by the autobiographical novel “Beyond the Blue”, by the Italian film-maker, photographer and writer Cesare Bedognè. Through this cinematic journey gelatin silver pictures merge thus with cinematic shots, abandoning their seemingly static form: they dissolve or slowly take shape, as if still under the action of a developer in the darkroom, gradually revealing different layers of reality" (from a text by Venanzio del Mare)

Aleksandr Balagura was born in Russia. He graduated from Kiev State University, Department of History and Social Sciences and became a director’s assistant at the Ukrainian Documentary Film Studio, Kiev. Since 1989, he has directed 20 documentaries which have been screened at many international film festivals, and settled in Genoa, Italy, in 1998.

For the last few years, Italian-born Cesare Bedogné has lived in Greece where he began writing. He has published four collections of poems and short stories to date. His first, autobiographical novel “Oltre l’Azzurro” (“Beyond the Blue”) was published in 2012 by ABao AQu. This novel and the author’s photographs were the basis of a theatrical performance, produced by Bismantova Theatre and by the Institute of Music and Liturgy of Reggio Emilia, Italy. Afterwards, Cesare Bedogné together with the Russian film director Alexandr Balagura, worked on a film version of the show, entitled “Story for an Empty Theatre”, which has been selected for screening by several prestigious international film festivals.

STORY FOR AN EMPTY THEATRE, A REVIEW BY EJ WICKES


“I believe that photography is an adaptation of vision to a spiritual necessity – the eye forms an image which in its turn, through its inmost resonances, refocuses and transforms the gaze itself.” – Cesare Bedognè

By EJ Wickes
A film by Aleksandr Balagura and Cesare Bedognè. Produced by ABao AQu and Studio Incantations, 2015

Experimental art films are rarely self explanatory. The artist, writer, director comes at it with nuances or fragments of dreamlike images. The established perimeters of pacing, structure and development don’t always fit the armature of the visual film experiment. Story for an Empty Theater flows like a diary, or a book of prose written by one who is deeply in love.

Fashioned from the writings and photography by the Italian artist Cesare Bedognè, the work is an amalgamation of a diary, tintype styled photographs and performance art suggestive of contemporary Japanese Butoh and Grimaldi Pantomime. Filmed in locations from the artist’s past; an abandoned sanatorium in the Italian Alps and his present, the island of Lesvos in Greece, Story for an Empty Theater is tied skillfully together by Russian director Aleksandr Balagura.

A lonely chair at the edge of the surf; an abandoned sanatorium, the lush monochromatic texture of the film and it’s melancholy narrative, serve the artists well in their visual monument to love despair, death and abandonment. “Story” moves like living pages from a photo album sifted from memories captured through the lens of the artist’s mind’s eye. To say anything more about this film would almost be a disservice to the viewer. Like paintings and other fine art, we tend to over intellectualize in our search for a clear schematic to their design, rather than just enjoying the sensation of being part of a very well constructed a daydream. 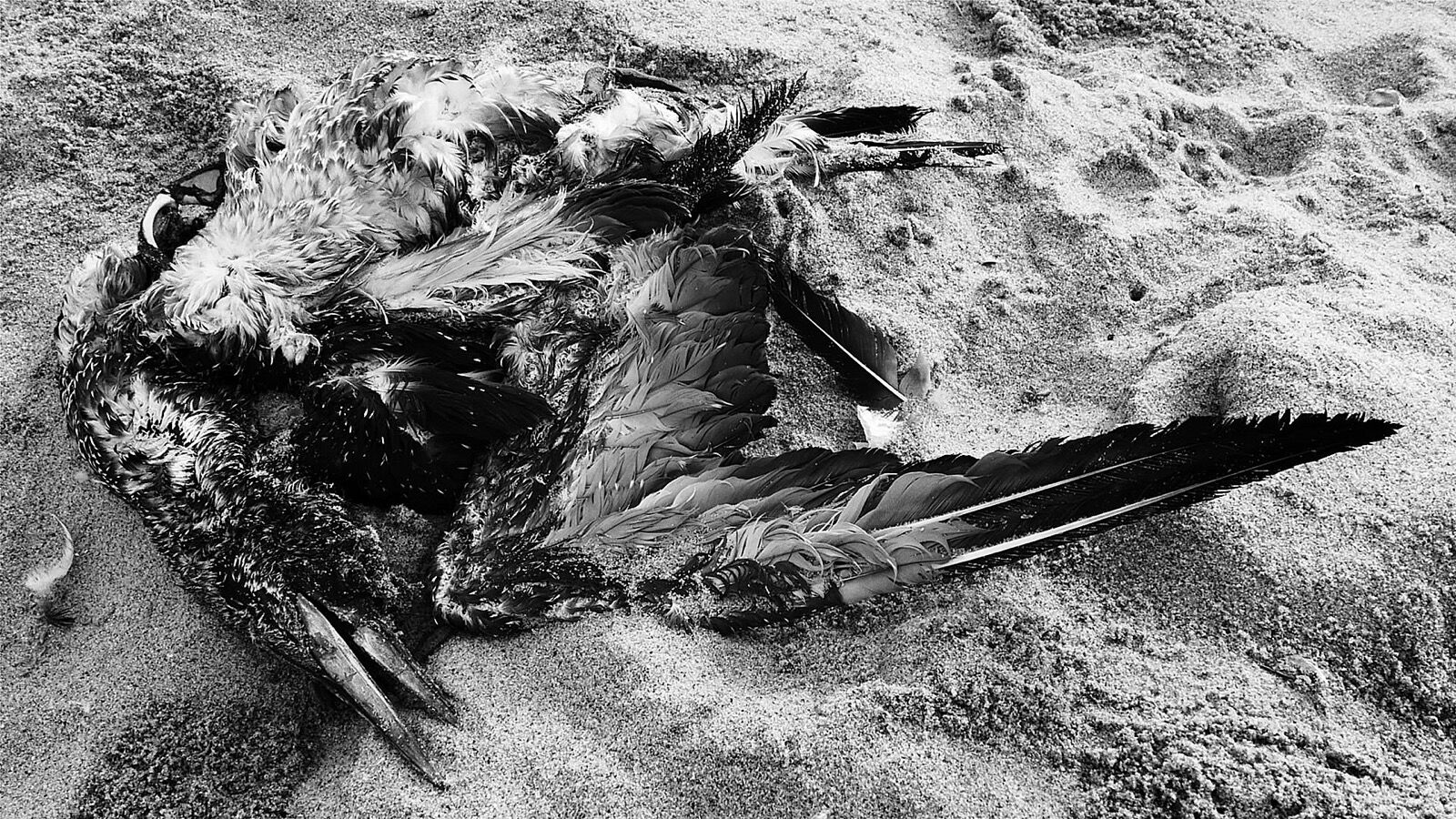