The Last Step of an Acrobat

A film by CESARE BEDOGNE'


"We have lingered in the chambers of the sea
By sea-girls wreathed with seaweed red and brown
Till human voices wake us, and we drown".


This film appeared to us, as it unfolded almost by itself, day after day while shooting, as a mythical fairy-tale about dead sea creatures and the desire to fly - Death and Flight, that cannot exist without one another.
Like a dream, it is based on a series of interconnected visions, longings and forebodings that could not possibly be reduced to a unity of meaning. As life itself, or as the sea which is always changing and yet remains the same, unable to betray its mystery.
More like a visual poem than a narrative film, it is the story of an Equilibrist suspended on the slack rope of existence, the thin and always changeable borderland joining all opposites, Sky and Earth, Life and Death, Light and Shadow, Elsewhere and Nowhere.
This film is also about transformation and loss of identity, about the desire to become someone else, or even something else – the screech of a seagull, bleaching bones, a broken dolphin’s mouth, dissolving into deep eternity – a meditation on melancholy and on the frailty of existence, permeated by the secret whispering of all things shipwrecked and lost.
In my beginning is my end, in my end is my beginning.


A REVIEW BY KIRK FERNWOOD, on occasion of the Illambra Experimental Film Festival, Berlin

Tides and tempests. Flow and flight. There is a symbiotic relationship when it comes to the always precarious nature of life and death. We strive, landbound and finite in existence, to ascertain that which we do not understand, a meaning behind the reality of breath and being, while also allowing our minds to fly high above the clouds, a dream, a hope, a longing of what it must feel like to glide unimpeded by the force of gravity, unfettered from the mortal coil as we ascend into what lies beyond. There is such notion, in some form, when seeing the lifegiving and life-taking power of the ocean, the teeming abundance of creatures which inhabit it underneath its roiling surface, but also the stark actuality of bones on the beach, remnants of what once was alive and vibrant, fading to dust. It is indeed the cycle of everything, ultimately kissed by eternity’s wings and waves.

There’s a poetic sense of what it is to ponder the grand and oft explored concepts of life and death that are discovered within the varied, fluctuating nuances, imagery, depth of insight, reasoning, and overall visual and aural resonance found through this 29-minute short film from director Cesare Bedogne that screened at the 2nd Annual Berlin Illambra Experimental Film Festival housed at Salon AM Moritzplatz and hosted by Illambra. Now realizing this is a third film to specifically hone in on water as a central aspect to present its intended narrative, the project utilizes the ebbs and flows of the ocean as a metaphorical and literal element that brings both aforementioned core ideas to the bear, with accompanying images of things associated with the sea that are now dead on the beach, wasting away into nothing, as well as equating figurative “death” through images of a bare woman on the beach, like a creature washed ashore, likewise slowly fading away.

It’s human frailty, our own nakedness in view of the scope of eternity, a statement about mortality which comes to all living things, yet really only opens the door into forever, the spirit and/or soul taking flight, no longer tied to the Earth. It’s all a balancing act, like the film’s title suggests, and even quite accurately depicts a tightrope walker trying to maintain equilibrium, as otherwise it is to fall and transition into the great vast unknown beyond this life, to fly free, to soar, with this notion another of the film’s primary thematic explorations being presented. It’s that undeniable interest in flight that goes hand in hand with passing away, rising to a new place, no longer encumbered by the world and its cares. The use of sound is highly effective through the film as well, with sea gull cried, dolphin clicks and calls, sea lion croaks, wind-swept seascapes, rainfall, and streaming water with the additional use of a highly atmospheric music score, all aiding in creating the intended mood and tone of the film.

Certain images and sounds are purposefully repeated, perhaps to symbolize how everything comes full circle, back to itself, beginning anew and engaging in the same, already experienced patterns as the life before it had. We’ve heard that time is a fire in which we burn, and even that facet is subtly explored here as well. It’s all a virtually mystical, transcendent delivery, a surrealistic, philosophical study of life and death, and the fact it was a film that is based on a series of dreams, longings, nightmares, and improvisations by both Bedogne and his lead acrobat Maria Frepoli, it only adds that further air of both wonder and unease the film engenders for the viewer. As with so many of the efforts presented at BIEFF, it is primarily shot in black and white with some quick instances of color, which really does seem to work well for films like this, given the already obscure and unconventional nature of their aspirations to grab the viewer’s attention and jar the brain into a totally different realm of thinking.

In total, “The Last Step of An Acrobat” assuredly has that experimental vibe down to a “T” with its existential attitude and potent imagery that successfully manages to illustrate that while it might be a reminder of our impermanence on this current place we call home, it really is only the beginning, with a new journey waiting to unfold in time, taking flight to a new place of realization and wisdom, a better place to be what we all long to be–liberated and alive in heart, mind, and soul, even after the body gives out".

A review (in Italian) written on occasion of the Sipontum Arthouse International Film Festival:


Here is a selection of digital stills from the film, printed in 53x28,5 cm size (A2) on archival baryta paper: 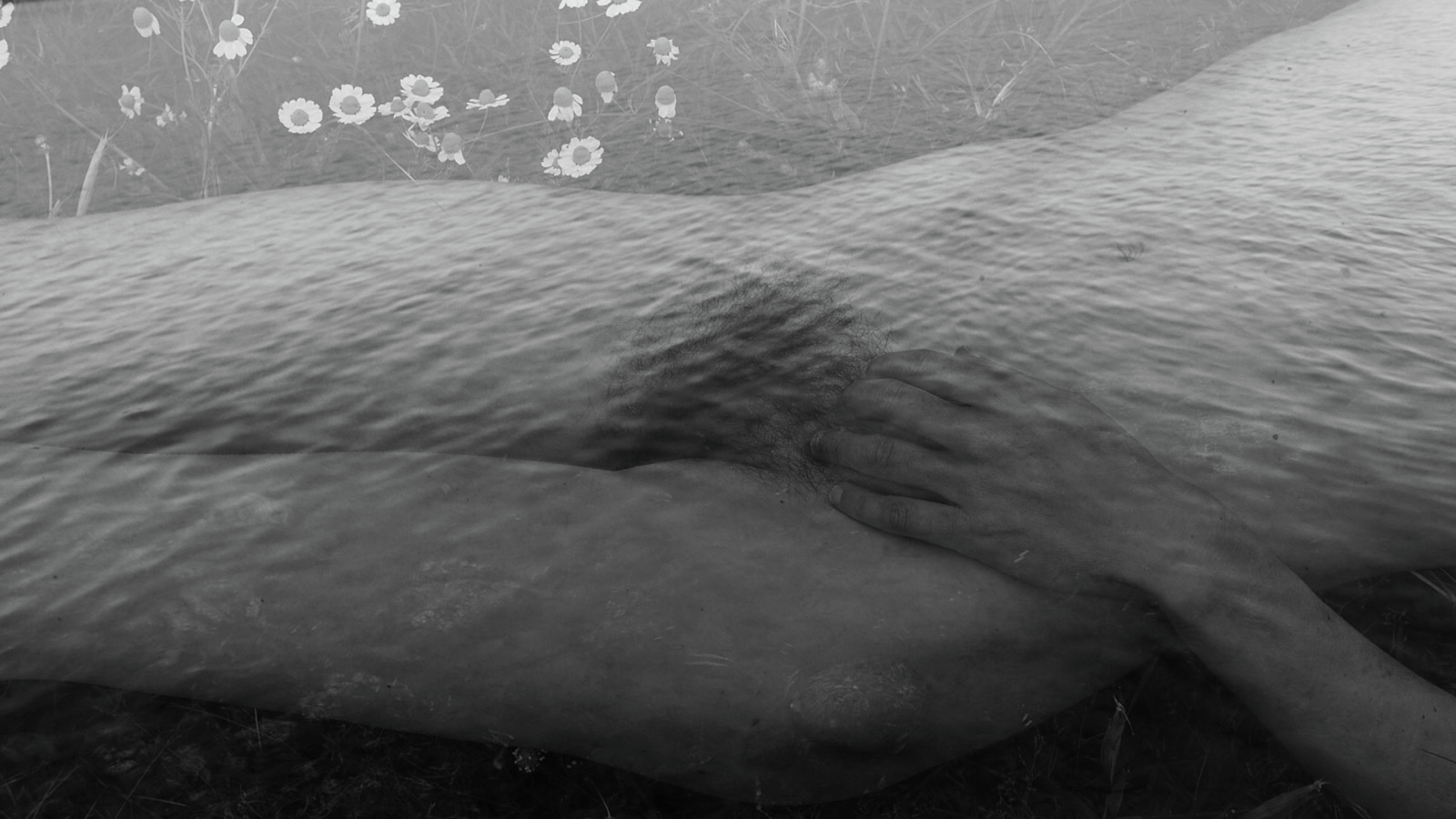