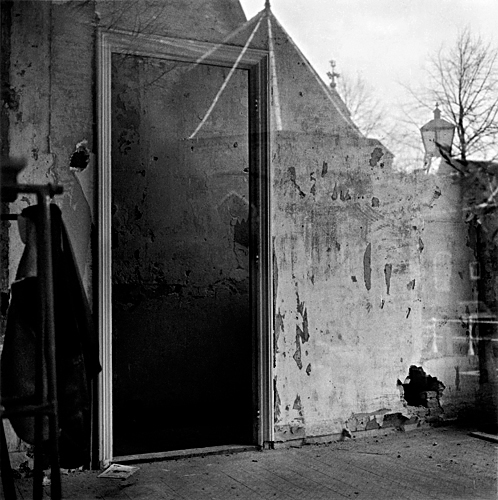 
From a review on Unfold Amsterdam:

"Cesare Bedogne’s Innerscapes are haunting images that deal with the idea of travel in the form of loss, memory and solitude. The travels undertaken by us all on our private, inner journeys. His photos layer image upon image and shadow upon shadow to build unforgettable impressions that leave one with questions left unanswered, spaces yet to be filled".