Story for an empty theatre, a review by EJ Wickes 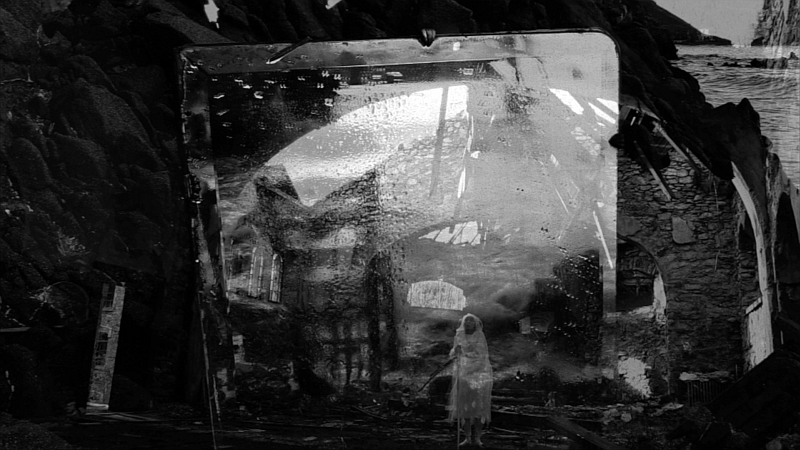 STORY FOR AN EMPTY THEATER

“I believe that photography is an adaptation of vision to a spiritual necessity – the eye forms an image which in its turn, through its inmost resonances, refocuses and transforms the gaze itself.” – Cesare Bedognè

By EJ Wickes
A film by Aleksandr Balagura and Cesare Bedognè. Produced by ABao AQu and Studio Incantations, 2015

Experimental art films are rarely self explanatory. The artist, writer, director comes at it with nuances or fragments of dreamlike images. The established perimeters of pacing, structure and development don’t always fit the armature of the visual film experiment. Story for an Empty Theater flows like a diary, or a book of prose written by one who is deeply in love.

Fashioned from the writings and photography by the Italian artist Cesare Bedognè, the work is an amalgamation of a diary, tintype styled photographs and performance art suggestive of contemporary Japanese Butoh and Grimaldi Pantomime. Filmed in locations from the artist’s past; an abandoned sanatorium in the Italian Alps and his present, the island of Lesvos in Greece, Story for an Empty Theater is tied skillfully together by Russian director Aleksandr Balagura.

A lonely chair at the edge of the surf; an abandoned sanatorium, the lush monochromatic texture of the film and it’s melancholy narrative, serve the artists well in their visual monument to love despair, death and abandonment. “Story” moves like living pages from a photo album sifted from memories captured through the lens of the artist’s mind’s eye. To say anything more about this film would almost be a disservice to the viewer. Like paintings and other fine art, we tend to over intellectualize in our search for a clear schematic to their design, rather than just enjoying the sensation of being part of a very well constructed a daydream.
Next
Previous