Maria's Silence, a review by Kirk Fernwood, on occasion of the Berlin Revolution Film Festival 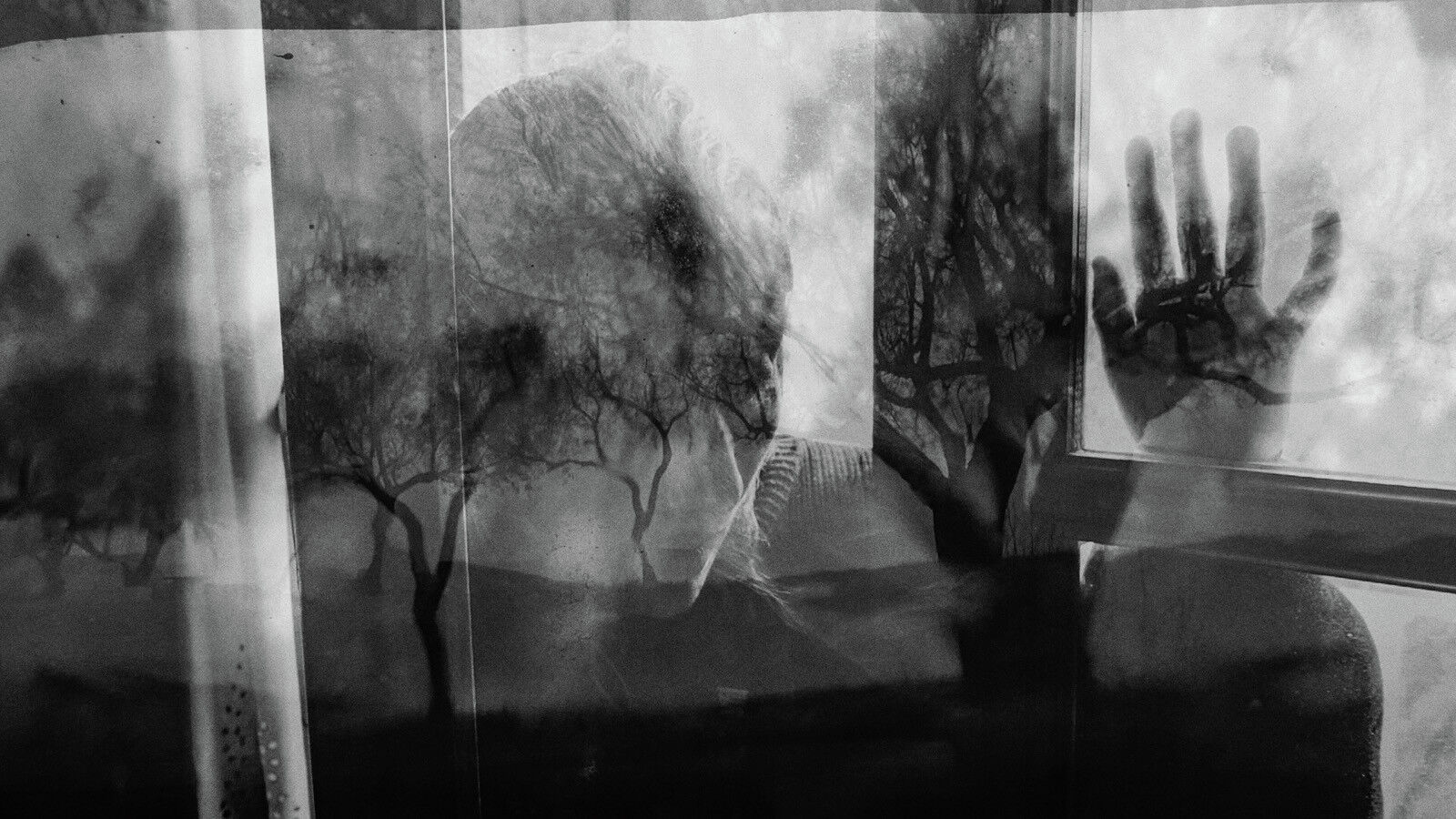 First, the Recap:
Who are we but the sum of our parts? We view our existence with only a human eye, in a state of questioning and longing to know the deeper reaches of the mind, spirit, and soul, perhaps beyond our reach. When we pause from the turbulence of the inner strife we encounter, there we might at least experience sleep, a rest, a peace that carries us away into the world of dreams and other realities outside the tangible place we reside. However, when this depth of sensation occurs, not contained within the night, but rather over the course of daytime quietness and forced solitude, what might we end up uncovering through enduring what’s revealed?
Next, my Mind:
Dreamlike, transcendent, transitional in tone and manner, contemplative, visually and aurally arresting, and truly cinematic in its grand scope, this 38-minute short from director/producer Cesare Bedogne, screened at the 2020 Berlin Revolution Film Festival, captures the pure essence of meditative, inward-focused awareness-seeking thematic explorations, doing so with an execution that dramatically draws the viewer into its web of elements both real and fantastical. It’s no small thing to say this, as for films that rely solely on their imagery and aural-based presentation to engage and maintain one’s attention, to do this effectively is quite a challenge in this critic’s eyes, and Bedogne has pulled it off in spades with this effort.
Black and white images give way to the utilization of such a beautifully filmed, overt wealth of superimposition, sometimes clear, other times intentionally blurred, accompanied by an equally prolific deployment of sounds throughout the runtime. Seascapes, landscapes, reflections, architecture, and skies synch up with voice tones, foghorns, windchimes, rainfall, whale calls, pan flutes, winds and more to create sequences being experienced by the film’s primary character that invoke ever-fluctuating moods and states of being–loneliness, solitude, inner turbulence, curiosity, fear, reflective pauses, and solace. It’s all quite poetic in many respects as we view one woman’s travels through multiple worlds that she undergoes, to the point of wondering whether she is actually sleeping while awake.
There’s an emotional deepness to it all that is hard to put into words with any real precision, but it’s a palpable force as your eyes take in the images and ears open to the myriad of soundscapes offered, transporting you as well into this ebb and flow of thought. It speaks to being naked and bare before the world, lost in either euphoric or melancholic reverie. Allusion to the masks we so often wear usher in brief moments of a raw, primitive, even ritualistic mindset. But then the film takes a different turn, an illustration perhaps of the fire within us that comes and consumes us, engulfs us, unsettles us as we recount all that’s been seen and felt, building and building until a storm arrives to douse its flames, buffeting us, yet ultimately bringing us back to the now, the present, to finally have rest.
But at this stage, does it then beg the query–is this final moment the real silence and tranquility we’ve wanted, or is it simply the death of one dream, a rebirth of desire, and then the movement into another fantasy? It sounds philosophical and existential, and it really should be given what this critic felt might have been the narrative’s objective here. I do need to say for any viewer having yet to see the film that may be sensitive or certain types of visual content, the film does have multiple moments of non-sexual but relatively graphic nudity in it, so just know that. It isn’t gratuitous at all in the context of the film’s themes, but regardless, it IS there, so be aware. As mentioned prior, the use of the sounds in this film are particulary potent, as they help form moments that can be eerily haunting or wonderfully soothing.
I must give full credit to actress Maria Frepoli, seen last year in Bedogne’s short “The Last Step Of An Acrobat” (reviewed here), who has to very much put herself out there, literally body and soul, to fully embody the woman she plays here, exposed to the elements very directly for so many of the sequences she’s in while having to employ facial expression and body language alone to convey what the character is facing. It is highly admirable to me when actors can do this with realistic intensity and affecting poise in order to make the viewer feel what they’re feeling, and I felt Frepoli absolutely pulled this off with total commitment and acting prowess. It’s subtle, often understated, but the resonance of her performance is there with undeniable force.
Therefore, in total, “Maria’s Silence” is a study in all that is, the condition of the natural world as well as our humanness, seen through one person’s ethereal, illusionary, if not borderline hallucinatory journey into their own inner strife and introspections both unsettled and self-affirming. It’s the style of cinema that I’ve begun to see more of, and it’s fast becoming one of my favorite subsections of the greater genre that is a wonder unto itself that deserves more attention–independent film.
Next
Previous